Here are some reasons why your child might initially struggle to settle into the kindergarten program they've been enrolled in and how you can fix their issues.

They're not getting along with their peers

If a new kindergartener feels left out of a social group or if another child is being actively unkind to them, they might withdraw and become less interested in their schoolwork due to their low mood. As such, this is a problem which needs to be acted upon quite quickly, to ensure the affected child doesn't get left behind both academically and socially.

The good news is that if this is the cause of your child's lack of enthusiasm regarding kindergarten, it should be easy for you to remedy. The motivations young children have for excluding another child from their games or for saying mean things to them are often very uncomplicated and (unsurprisingly) juvenile. For example, one child may have simply decided that it was funny to give your child an unkind nickname, without really understanding how much this would hurt your child.

Because of this, if you are prepared to have a calm and civilised conversation with the kindergarten teacher and the parents of the problem-causing children, you should be able to quickly work out why your child has been quarrelling with their peers and to then find a way to make things right. In the aforementioned scenario, the kindergarten teacher could, for example, have your child sit down with the other child and guide them through a conversation where your child explains that the cruel nickname hurt their feelings and the other child offers an apology. The teacher could then encourage them to play together at break time to ensure any residual animosity fizzles out completely.

Some children dislike change, as routines and consistency help them to feel safe. Because of this, during the first few months of kindergarten, they may come home each day and complain about the little annoyances they experienced and may be unwilling to engage with their schoolwork or make an effort to socialise.

If this is the case, you should set them a daily challenge, which requires them to list, for example, five things that they liked about kindergarten that day. Their highlights might include things like, for example, the teacher letting them write the alphabet on the blackboard, having their favourite story read to them and their friends by the teacher at storytime, or finally working out how to count to twenty without any help. With time, your efforts to make them focus on the best parts of their kindergarten program should help to start viewing it more positively and really enjoying it. 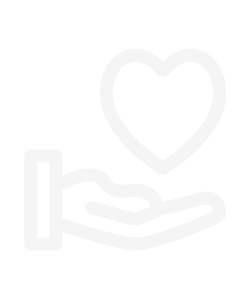 Every parent hopes to find the perfect childcare for their children when life dictates it is time for them to return to work. However, gone are the days when childcare only meant one option. The traditional childcare centre is still very popular, but there are other choices now too. When you want to find out what all the childcare options are so that you can choose which one suits your family lifestyle best, then you come to a website like this to find out more. Childcare centres, family daycare, nannies and au pairs are all possibilities discussed for your consideration.